Bill Walton Talks Back Pain, Surgery and Recovery with ESPN

NBA Hall-of-Famer and spokesman for The Better Way Back®, Bill Walton, recently published a new memoir “Back from the Dead.” Last week, he was on the ESPN radio show “Mike and Mike” and spoke for nearly 10 minutes about his debilitating back pain, surgery, and road to get his life back.

Bill Walton’s Story: In His Words

Many patients enrolled in The Better Way Back® are familiar with the story of Bill Walton, Basketball Hall-of-Famer, eXtreme Lateral Interbody Fusion (XLIF®) patient, and spokesman for The Better Way Back. Here are excerpts from “Back in the Game: The Pain that Floored Me and the Surgery that Saved Me,” where Bill describes his journey from pain through recovery in his own words:

On Sunday, May 3, 2015, The Better Way Back® spokesman Bill Walton was a featured speaker at the Opening Ceremonies for the 83rd American Association of Neurological Surgeons (AANS) Annual Scientific Meeting in Washington, D.C.

Lori Walton: Caring for a Loved One in Pain

Lori Walton is married to NBA Hall-of-Famer Bill Walton, one of The Better Way Back® spokesmen. We asked her to share with us some of her candid thoughts about supporting someone who is recovering from back surgery. Here is what Lori remembers about caring for Bill

Back in the game: Bill Walton celebrates 5 years since XLIF® surgery

On the fifth anniversary of his XLIF surgery, NBA Hall-of-Famer and Patient Ambassador Bill Walton shares his story of chronic pain, back surgery, and paying it forward. 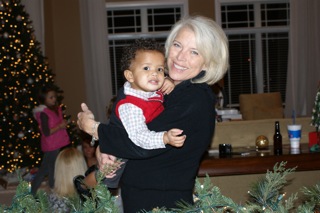 ’Tis the season for hope

At this time of year, when the message of hope surrounds us, we’d like to share two of our Patient Ambassadors’ thoughts, and wish you and your loved ones a peaceful holiday and a hopeful New Year.

In the News: XLIF®, Bill Walton, and Dr. Greg Poulter

Bill Walton, Basketball Hall-of-Famer and The Better Way Back® spokesman, was recently featured on the news site RealAspen. The article describes Bill’s struggle with chronic back pain and his experience with the XLIF procedure.