Recovering from Spinal Surgery for Back Pain | Mind and Body Perspective 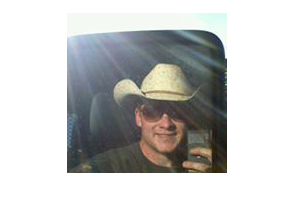 Mike grew up farming and ranching. He’s a physical guy who works outdoors and relies on his back to support his livelihood. Back in college, Mike had his first run-in with back pain. X-rays and an MRI showed spondylolisthesis.

“It was a classic S1 nerve pain wrapping around my leg,” Mike explained. “Sometimes it would be bad and sometimes I thought I’d be fine, but eventually, I got to the point where I had to decide if I wanted to live with it or take care of it. I decided I didn’t want to spend 30 years feeling like this.”

After first trying noninvasive therapies to treat the back pain, eventually Mike had a laparoscopic surgery that took care of some bulging and herniation. After a session of physical therapy, he was back in action.

Mike’s “get it done” approach, and his job in the oil fields kept him active and strong, but by 2015 the back pain came back. He started with physical therapy then added injections to his regimen; however, neither really had much affect. “I really wanted it taken care of,” Mike said. “I didn’t want to live in chronic pain, so I did what I had to do to keep the ball rolling, and get to another surgery as quickly as possible.”

Because Mike was already in good shape from both his work and his physical therapy, he believes his body rebounded from the Anterior Lumbar Interbody Fusion (ALIF) procedure faster than usual. “I told the surgeon I’m an outdoor, physical guy and you’ve got to make me bulletproof, in a sense, again. I’m never going to be the guy who works behind a desk.” Mike said.

At the time of this interview, Mike was only five months post-surgery and admitted to not being 100 percent yet, but attributed his recovery speed to his own psyche. “In graduate school, as an animal science major, I learned very quickly that animals don’t have the mental challenges people do. If a dog loses a leg, it walks on three. It just does,” he explained. “People aren’t like that. For us, there’s a large psychological component and you tell yourself you can’t do things, when in reality you can. It won’t be fun, but you can.”

Mike knew he had to conquer both the physical and the mental aspects to get the results he wanted from his spinal surgery. If you are ready to talk to a Patient Ambassador like Mike to get tips on how to prep for, or recover from, your own surgery, here’s an introduction to The Better Way Back® program.

Whether you are considering spine surgery, or you're recovered and willing to share your story, we'd like to hear from you! To get started, please reach out to us via call or text using the buttons on www.thebetterwayback.org