INSIDER PERSPECTIVE | FIND A DOCTOR WHO BELIEVES IN YOU 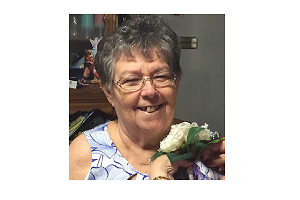 Find a Doctor Who Believes in You

Dorothy was 70 years old when she broke her back. One day, she picked up a chair to relocate it and heard a pop in her spine. She didn’t feel any pain at first, but a few hours later, she was unable to move.

Dorothy’s primary doctor’s advice was that surgery would not help her situation and decided not to do a MRI to investigate further. After consulting with four other doctors, including a required visit to a psychiatrist, Dorothy was not able find the right resolution to help her manage the pain.

During the two years between her initial injury and finding out her back was broken, Dorothy manage her pain through morphine that made her extremely emotional. In addition, the pain and drugs impacted her ability to handle her daily activities which included being the primary caregiver for her husband.

“I refused to accept their solutions, but I also hid my pain from my family,” Dorothy explained. “I watched my grandmother let someone manage her care and she was eventually sent to a nursing home. I wanted to stay independent for as long as possible.”

Finding relief — and an Ally

Dorothy’s situation finally took a turn for the better when she met Dr. Donald Blaskiewicz at the Neurosurgical Medical Clinic in San Diego, CA. He was the first doctor to take her pain seriously. “I told him to treat me like his mother and I’d love him forever,” Dorothy joked. “Then he told me I reminded him of his mother, so we’d be just fine.”

Dr. B (as she called him) not only scheduled the MRI and diagnosed her broken back, he explained everything she should expect with regard to her surgery. He even sat down with each of her family members to explain the details of the surgical procedure. He earned their trust and in October 2013, Dorothy was finally scheduled for surgery.

Unfortunately, Dorothy’s heart wasn’t strong enough for the procedure, so it was postponed until her health was stable. Between the death of her husband of 50 years and her health, her surgery was not scheduled until February 2014. Dorothy had a laminectomy, T10-S1 PLIF/ALIF and L1 lateral corpectomy. She spent three days in the ICU and then a week of rehab before she was allowed to go home.

Where is she now?

Dorothy is living independently but still surrounded by incredible family and friends. “My daughters were completely supportive and a source of great comfort and strength through the death of my husband, my pain, surgery, and recovery,” Dorothy said. “I needed them and they were there for me. They are still there for me, but I’m here in my home and living on my own.”

Two years after her surgery, Dorothy was cleared for exercise. In March 2016, she started doing Silver Sneakers, an exercise program for active, older adults. “I know I need to keep walking and moving, but I don’t want to push myself too hard,” the 75-year-old explained.

Dorothy refused to live a life filled with pain and knew that finding an ally in Dr. B made all the difference. If you’re struggling to find a doctor to properly diagnose your back pain, try our surgeon locator.

Whether you are considering spine surgery, or you're recovered and willing to share your story, we'd like to hear from you! To get started, please reach out to us via call or text using the buttons on www.thebetterwayback.org